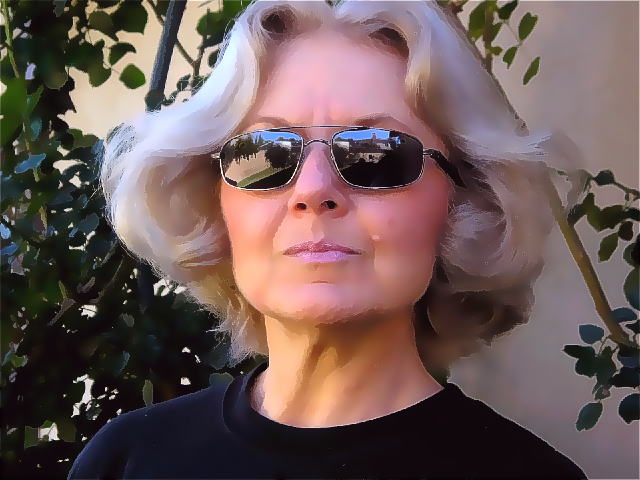 A graduate of Rhodes College in Memphis, Gayle took a year off between her Sophomore and Junior years and worked first as a newspaper reporter for a small Mid-South weekly where she wrote the local articles, laid out the front page, and took the pictures with an old Polaroid camera. About the only thing she didn't do was deliver the stupid thing every Thursday. This was in the pre-computer, pre-digital camera, pre-Internet era.

Gayle followed that job with a stint as a private detective working for Mark Lipman Service Incorporated out of Memphis. She had assignments in Atlanta, Chicago, and Little Rock. She worked undercover on an assembly line, in a clothing factory, and in a printing company. As her female protagonist in her Ginger Caulfield P.I. series says in the book, "It's amazing how much people will tell you when they don't know they're being questioned."

Gayle has worked as a draftsman, in a bookstore, made miniatures for a doll house shop, and then spent a decade in a bank learning about stocks and bonds before she "retired" to continue her writing full time. It was that bank experience that led to her writing Hedge Bet, the second book in the "Gin Caulfield P.I. series." The first book in the series is Media Justice. That story came about after she served on a jury. The third book in the series, Damning Evidence, was inspired by a photograph of a local dam. Gayle writes under the pen name, G.B. Pool.

Gayle has been published in various anthologies over the years. She has her own collection of short stories called From Light TO DARK. It is a collection of tales ranging from lighthearted to soul searching. She dedicated it to Ray Bradbury. She met the famous man when she reviewed plays for American Chronicle. Bradbury told the story once about a variety of short science fiction stories he had written. A publisher told him to connect the stories and put them in one book. He did and The Martian Chronicles was born. Gayle did this with her Johnny Casino stories.

She also paints, builds miniature doll houses, and makes hand-made Santas and other crafts. Her Christmas stories are filled with photographs of things she made just to illustrate the books.

Gayle's husband, Richard J. Pool, is the basis for Gin's husband, Fred, in The Ginger Caulfield P.I. series. They have shared their home with various dogs and cats and a foundling bird, all strays, and each one special. Four of them make guest appearances in her first holiday story, Bearnard's Christmas.

Her second Christmas book is called The Santa Claus Machine. The third in the series is called Every Castle Needs a Dragon.

She is a member of both Sisters-in-Crime/Los Angeles and Mystery Writers of America. She was on the board of Sisters-in-Crime/LA as their Speakers Bureau Director doing over 80 events. She initiated their workshop program and worked on the last No Crime Unpublished conference sponsored by SinC/LA. She was one of the founding members who brought together Mystery Writers of America and Sisters-in-Crime/LA for their inaugural joint conference called the California Crime Writers Conference in June of 2009. She went back on the board as Treasurer during the 2012-2013 term.

She released the SPYGAME Trilogy in 2015. THE ODD MAN takes place during World War II, The Cuban Missile Crisis, and the beginning of the Cold War. DRY BONES deals with Vietnam, drugs, and part of the present time. STAR POWER goes back to the McCarthy era, the Prague Spring, and takes us up to the near future. Also released in 2015 was CAVERNS. This book deals with a nightmare that happens in Chicago. She lived there while working as a private detective, so some of the locals are based on real placres.

She has one charming romance novel, Enchanted - The Ring, The Rose and The Rapier.

There is also The Santa Claus Singer.

Released in 2016 is a book for writers called The Anatomy of a Short Story Workbook.

New for 2017, Second Chance, about a private detective who gets the chance of a lifetime.

New in 2018, Only in Hollywood, a collection of short storries about, you guessed it, murder in Tinseltown.