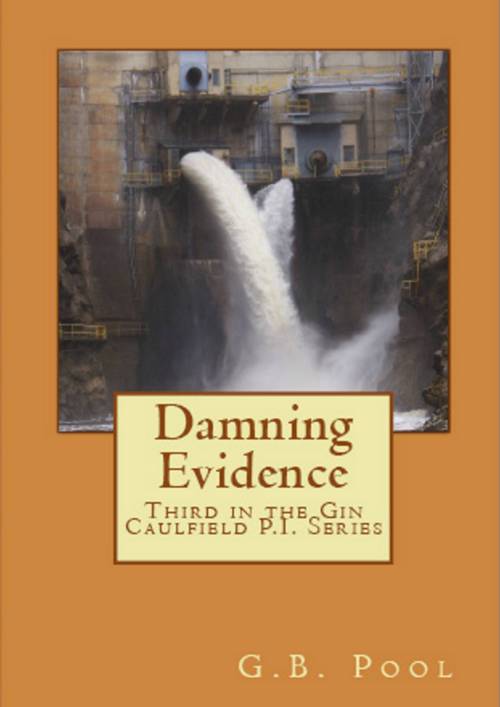 When a body turns up at a local dam, P.I. Gin Caulfield has to get to the bottom of it, but the bottom can be very deep.

Gin drives up to a local dam with a reporter friend who is doing a story on the retrofit project.

The water was relatively still on the far right side of the dam, muddy and tranquil...

The other side was more like the beginning of a horror movie.

Then she spots the body floating in the water. Its head rode above the waves with what looked like a bullet hole in the skull.

Just another day in the life of a private detective until Gin gets an invitation to a gala at The Biltmore Hotel in downtown Los Angeles. The man who invites her is number one on the Sheriff's suspect list. But Councilman Stephen Yost isn't the only one who might have an interest in seeing Ed Zellerman dead. There is a lot of city money to be made when undertaking a huge project like retrofitting local dams. The list is long and more than a few suspects know Gin is looking into Ed's death.

Being attacked by a baseball bat is just one way to get her attention...